Protect the environment and biodiversity

our priorities for local government 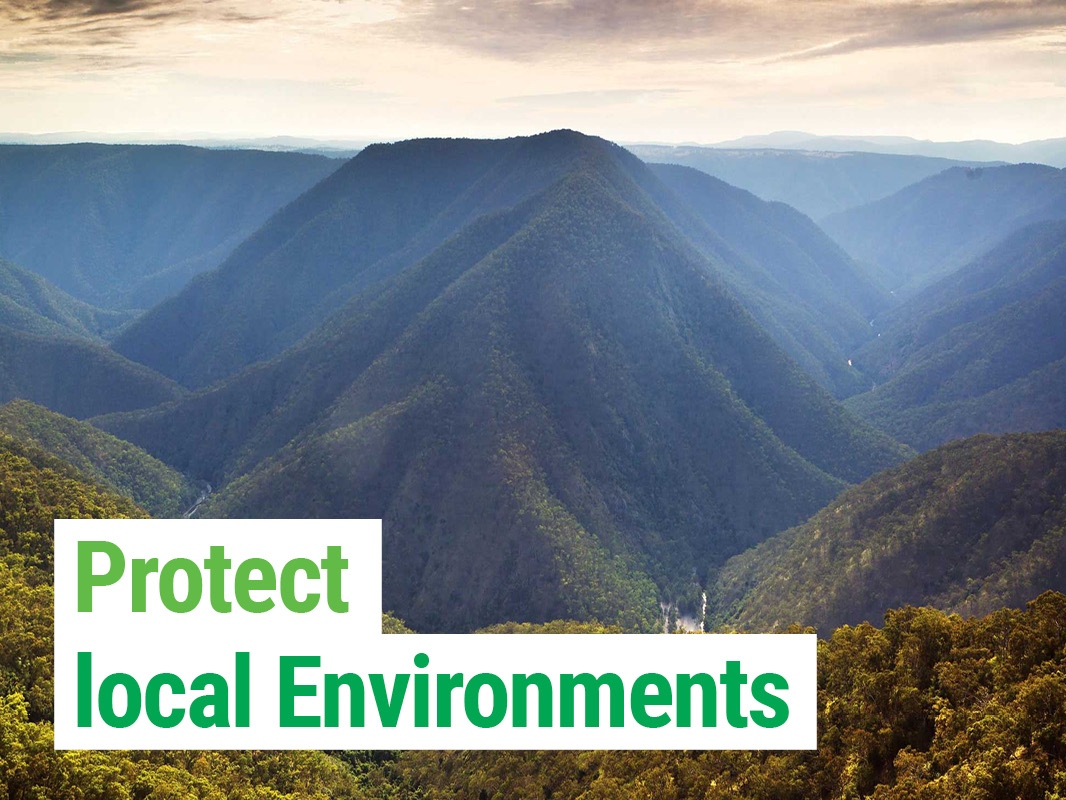 All across NSW, local environments are under threat from land clearing and tree destruction. The Baird Government’s current proposed ‘Biodiversity Reforms’ are a blueprint for environmental destruction which, if passed in Parliament, will lead to more land clearing, more habitat loss and will be devastating for biodiversity in this state.

The Blue Mountains are particularly at risk with 10% of all threatened species in NSW found here. It is home to 65 threatened animal species and 30 threatened plants, many of which are found only in Australia. The very high levels of biodiversity found in the Blue Mountains are due to the high quality bushland which is located both within the national park and on adjacent private land.

The Baird Government is proposing to repeal the Native Vegetation Act 2003, which regulates land clearing, particularly in rural and regional areas. The new system for land management would remove the ‘improve or maintain environmental outcomes’ test for land clearing and make way for broad-scale clearing. There would be little to no compliance checks on clearing, with a reliance on ‘self-assessable codes’ instead. It would also further expand the biodiversity offset system which we know doesn’t work. Even worse, developers would no longer be required to even find offsets themselves or meet the ‘like for like’ criteria – instead they could just pay into a fund. In most cases, regardless of environmental values, there would be created a facilitated pathway to extensive land clearing.

In urban and suburban areas, the Government has stated they will introduce a new ‘State Environmental Planning Policy (Protection of Trees in Urban Areas) 2016’. Not much detail is known but given the announcements in the rest of the package, it is likely to include provisions to make clearing easier for developers. Urban environments are already desperately low in biodiversity and many cannot afford to lose any more green space.

Biodiversity offsets manifestly result in a net loss of biodiversity value. For example, even if an equivalent area of endangered ecological communities is located and preserved as an offset, it is at the expense of the original area which is destroyed. In many places, remnant bushland and habitat simply cannot be lost.

Greens on Council are committed to:

1. Opposing any move to weaken the Native Vegetation Act, the Threatened Species Conservation Act, the Nature Conservation Trust Act,  or current protections for threatened species and biodiversity in the National Parks and Wildlife Act and the Environmental Planning and Assessment Act.

2. Using a mix of regulatory controls and incentives to encouraging landholders and managers of privately owned land to protect the biological diversity of their lands.

3. Ensuring local planning laws are consistent with the conservation of biodiversity and ecologically sustainable development principles.

5. Providing specific funding for community education programs on the significance of the state’s biological diversity and the threats it faces.

We need strong leadership at all levels of government to protect our natural environment and biodiversity. Greens Councillors elected to local councils are essential to ensure powerful advocacy, strong local planning controls and effective compliance which will protect our threatened species and our biodiversity.

Action Plan on the Pokies Problem →