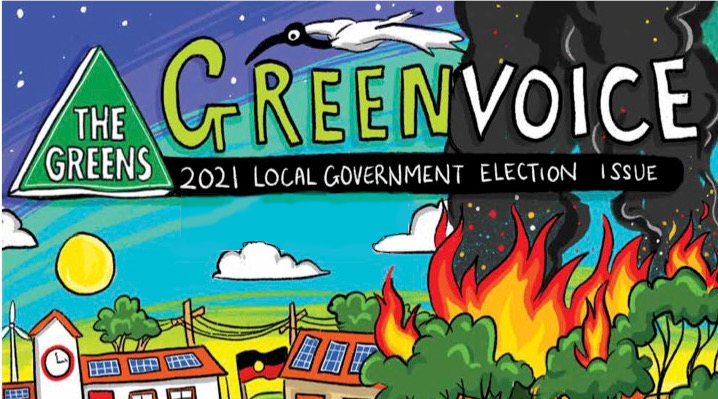 Sovereignty, as the inherent right of First Nations Peoples to exercise custodianship over land, water and sky, is the system of governance that looks after Country and community. It so happens that it is also what local government is supposed to do for our contemporary municipal communities. It is what I have been striving through since first being elected to boondiboondi Bondi ward Waverley Council as a Waverley Greens councillor at the turn of the century in 1999.

Invasive post/neo-colonial administrations have usurped and displaced Aboriginal and Torres Strait Islander self-determining cultural power to govern Country which is a right of expression all Indigenous Peoples have, as articled in the United Nations Declaration on the Rights on Indigenous Peoples, UNDRIP.

Being an elected NSW local government councillor is an opportunity to be part of a governing body which, with respect, fulfils some of the pre-Invasion role that was part of the deliberations of a Council of Elders and Community, who were likewise tasked with the responsibilities of looking after routes (Song Lines and Trading Lines), reciprocities (that system of cultural Reciprocal Obligations between people ‘paying back’ to Country for their survival) and refuse (those rules about how to dispose of human/ environmental waste).

These two bodies host web pages for the ‘Collaborate’ program, created with the assistance of NSW Aboriginal Land Council, Aboriginal Affairs NSW and NSW Planning and Environment, to encourage our people’s inclusion in council decision-making. Our people have an enormous cultural, social and economic contribution to make to local government which is constitutionally recognised in Section 2 of the NSW Constitution “as the traditional custodians and occupants of the land in New South Wales: (a) have a spiritual, social, cultural and economic relationship with their traditional lands and waters, and (b) have made and continue to make a unique and lasting contribution to the identity of the State.”

Greens NSW Parliamentarian, David Shoebridge MLC, has strongly championed the causes of First Nations People in the portfolios of Aboriginal Justice and Local Government. Local government ‘councilloring’ is an opportunity to stand up for our mobs and tackle the important issues of Truth, Treaty and Voice, whilst walking amongst, and with, the community on issues of Blak Deaths in Custody, Stolen Generations reparations and heritage/environmental sovereignty.

I thoroughly recommend anyone, First Nations and non-First Nations people, with an interest in politics to consider serving a term as a local councillor, a most rewarding experience. With monthly meetings and sometimes with a community precinct (described as the ’fourth tier of government’) system, local government is a chance to explore the Greens principle of consensus decision-making through grassroots democracy in a most challenging way that frequently really tests the Greens Fourth Pillar (peace, nonviolence and disarmament being the other three).

I still say after 22 years that it is the best job I’ve ever had, and for which, the people willing, I am happy to serve another term pending favourable NSW local government election results after polling day Saturday 4 December 2021.

Dominic WY Kanak is a candidate for Waverley. This article was published in the 2021 Council Elections edition of GreenVoice